St. Anne's Episcopal Church is a spiritual sanctuary truly born of family love.  Determined that their aging mother would have a place to worship closer to home , five children banded together to build an Episcopal church in Smithsburg.  By their energy, zeal, love and great devotion, they succeeded in erecting St. Anne's Chapel - appropriately named in honor of both their mother, Ann, and her Patron, Saint Anne - grandmother of our Lord Jesus.

In 1825, a young doctor named Elijah Bishop moved to Smithsburg, Maryland and set up practice in nearby Cavetown.  Charming and bright, Dr. Bishop quickly became the leading physician in the Smithsburg area.  A local family introduced him to a family friend, Ann Hoye. The two hit it off famously and were married in May 1828.  Elijah was 31, Ann was 27.

The Bishops enjoyed a strong marriage and friendship always respecting each other's individuality and spiritual beliefs.  They  had 8 children together, 5 of whom lived to adulthood.  Ann ran the large household, was an active church volunteer at St. John's Episcopal Church for over 50 years and worked closely with her husband in his practice.

After her husband's death in 1870, Ann's health began to decline. Eventually, she could no longer make the trip to her  home church, St. John's, for worship.  The surviving Bishop childen - Benjamin, Elijah, Henrietta, Emily and John, banded together to create a new church home for her in Smithsburg. Emily Bishop donated a portion of land and the siblings worked tirelessly until the cornerstone for St. Anne's Episcopal Church was laid in June 1873. (The entire cost for the church was appoximately $3000.)

Ann Bishop faithfully attended worship at St. Anne's until her death in 1879.

At the Diocesan Convention in Frederick in 1897, St. Anne's recieved acceptance and officially became St. Anne's Church.  The rectory was built in 1926 and the parish house was acquired in 1966. 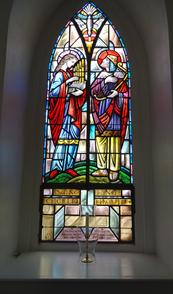 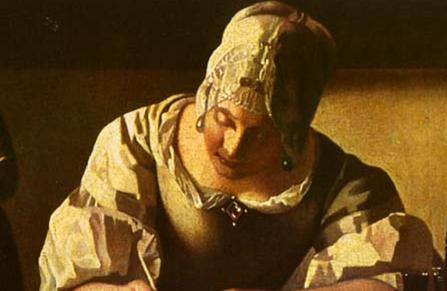 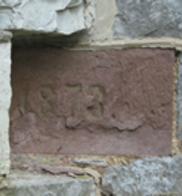