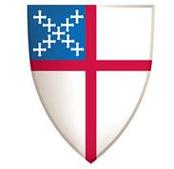 About the Episcopal Church

As Anglicans, many of our practices and customs closely follow those of the Catholic faith, and Episcopalians profess no peculiar beliefs not shared by the Catholic Church

Episcopalians endorse the Apostle's and Nicene Creeds of the Early Church as essential statements of faith.  The Book of Common Prayer provides our standard guide for Worship.

We are called Episcopalians because our church governance recognizes the diocese as the primary governing unit.  A diocese is presided over by a bishop, who derives his name from the Greek word "episcopos", meaning "a superintendent who rules and tends the flock of God".  The suffix "ian" denotes belonging to a group.  Thus, the title Episcopalian literally means "belonging to a group headed by an episcopos."

St. Anne's is part of the Episcopal Diocese of Maryland which is presided over by Bishop Eugene Sutton.  The Diocesan Center and The Cathedral of the Incarnation, the seat of the Maryland Diocese, is located at 4 East University Parkway, Baltimore, MD 21218.